“The first episode in The Power of Five series by the author of the bestselling Alex Rider series, Anthony Horowitz. Matt has always known he has unusual powers. Raised in foster care, he is sent to Yorkshire on a rehabilitation programme, only to find himself in the midst of sinister goings-on. Matt investigates and uncovers a terrible secret – eight guardians are protecting the world from the Old Ones, beings banished long ago by five children. But devil worshippers want to let the Old Ones back in…”

Five out of five stars!

Another epic book on my “to re-read” list. Raven’s Gate is the first book in The Power of Five series; a YA urban fantasy series that blew my mind as a teenager. Adults, if you’re not sure you’ll like this one – please trust me here, if you like magic and adventure, you’ll love it!

Matt is a troubled fourteen-year-old with a tragic past. His parents died when he was a child, and raised by a neglectful aunt, who happily sends him into a rehabilitation programme for troubled teens, after he is arrested for burglary.

In the custody of an odd woman, Jayne Deverill, Matt works on her Yorkshire farm, with only the strange villagers for company. After several peculiar things happen, including the sound of chanting in the woods, and the apparent murder of a villager at the farm, Matt turns to the press when the police dismiss his fears.

Matt meets Richard, a journalist in a local town, who helps him unravel the mystery of Jayne Deverill’s evil cult, and their plan to open Raven’s Gate, to allow the horrors within to roam the earth. Matt soon realises is that he, brimming with dormant power, is the key to opening the gate.

This book rarely stops, it’s full of action, and mystery that doesn’t so much encourage us to turn the page as make us. Raven’s Gate is the kind of book that will keep you up at night because you didn’t start the next chapter. (It is 3am, but…just one more!)

Matt is a hugely relatable character, probably more so for teenagers than adults, but the way he deals with his circumstances speaks volumes to a young adult audience. A victim of his circumstances, misunderstood by the adults in his life, and forced to adapt to survive, Matt transforms from a troubled teen to a young hero. At the beginning of the book, we exasperate over his bad life choices, but by the end, we are cheering all the way.

The story capitalises on the creepy combination of isolated villages, spooky woods, and strange residents, and adds a spoonful of magic. The sinister undertones of what appears to be a community going about its life is what creates the book’s alluring intensity.

Readers of fantasy, urban fantasy, paranormal, and supernatural books will love Raven’s Gate and all it’s sequels, which are available in most major bookstores, and of course on Amazon. Right now, pre-loved paperbacks on Amazon are going for as little as a penny (before shipping), and honestly, this is one of those books you’re going to want a physical copy of.

Naturally, Raven’s Gate has earned itself Fin’s stamp of approval! 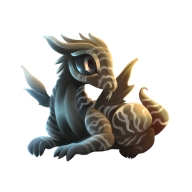 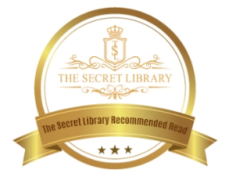