“Carter Hawke, five time Olympic gold medalist is now owner of a struggling ski lodge in the Rockie Mountains that is linked to a hundred year old murder. Customers leave early reporting their rooms being haunted. To make matters worse the beautiful female financial advisor arrives sending his rampant thoughts to wanting to know more about her, hell every intimate detail and he won’t stop until he succeeds.
Amber Malloy is the financial advisor who has Shaman and Clairvoyant abilities. She knows the spirits are restless and as she investigates the stories she realizes there are other forces of the lodge reaching out from the past. So is her sinful handsome beyond sexy boss. She harbors a secret of her own and struggles to trust but Carter is determined to win her over. The persistent entities are pulling her in one direction and Carter the other direction.
Why are the spirits bringing them together?” 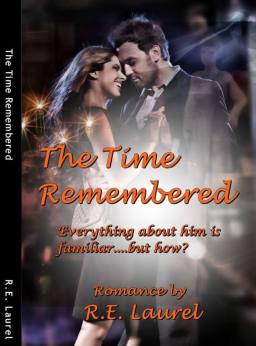 Originally released in April 2016 but re-released with a new cover in June 2018, The Time Remembered has a unique origin. The supernatural happenings experienced by protagonist Amber stem from real life experiences of the author, R.E. Laurel as a paranormal investigator.

Haunted houses are classics, and have lost their popularity over the last few decades in favour of newer paranormal avenues. But they were the people’s favourite back in the day for good reason: they are super entertaining!

At the moment The Time Remembered has only a few reviews on Amazon, but the reviews up there sing its praises with all 5 stars.

“I have been reading all of the books written by R. E. Laurel and I anxiously awake for the next book to be published. ‘The Time Remembered’ intertwined events from the past with the present. By weaving paranormal events, magic, mystery and romance, the suspense flowed from cover to cover. It brought to mind how much one can be influenced by the actions of our ancestors and how we have to deal effectively with the karma of past lives. I highly recommend this book and the others that this author has written. She has the innate capability to develop characters that capture the imagination and connect to our psyche.”

Get the book reviews, new releases and book deals in your inbox every month – sign up to Rosie Wylor-Owen’s newsletter!