The late nights with a torch under the bed covers and the stolen moments between classes have made us what we are: we are rabid consumers of magical fiction. Our love of these books have made us certain of two things: that we want our own giant libraries, and we want magic to be real.

In theory, having magic in our lives would be like a dream come true. Money troubles, love issues and work problems could all disappear with the flick of a wand. Or a naked dance in the woods under a full moon. Whatever floats your boat.

But in reality, would magic make our lives easier? Or would it create more problems that our current magic-less worlds are free from? Surely that can’t be true, what could go wrong when we have magic?

Sure, magic means we have the option to dole out some supernatural karma on our enemies, but now they have that choice too. That school bully isn’t going to brush it off when we accidentally spill coffee over their pashmina. We’ll be hopping around the biology lab froggy-style before the end of the day.

Groceries are one thing, but have you seen how expensive eye of newt is lately? Daylight robbery.

Whether we like it or not, we would need potion ingredients and they cost money. Would we need another job to fund our magical habits? Maybe, but it beats paying for health insurance, right? 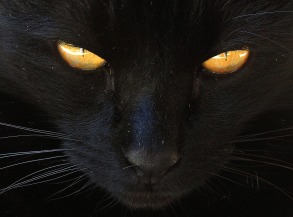 What on earth could go wrong with a magical fur-baby? Familiars are a supernatural’s best friend and we would love them unconditionally, but they are not normal pets. Not only more magical, but smarter, familiars are known to meddle.

You didn’t imagine Fluffy rolling their eyes at you when you put the wrong ingredient in your potion. They know what’s up. But how can they be a menace? Regular pets yowl when they’re hungry. Familiars will hide your talismans until you fill up their food bowls, and not with that Kibble crap, either.

Souls that have passed over don’t always leave us. Sometimes they stick around to move our potion ingredients and judge our choice of talismans. Without locked doors to worry about they might just walk in on us in the shower, too.

For all its uses and awesome-ness, magic has its drawbacks. After due consideration, do we really still want our lives filled with magic and all its consequences, both epic and dire? Hell, yeah!

2 thoughts on “If magic was real, would we actually like it?”