Something interesting is happening in the Teen & Young Adult Paranormal and Urban Fantasy chart right now.

For months now, this chart has had mostly independently published books but now the likes of Twilight and The Amber Spyglass are crawling up to the top in audiobook format. These books were published literally decades ago but are making a comeback to popularity in what appears to be an increasingly popular format.

I guess we know what to do if we’re publishing our own books – get an audiobook made!

Most of the books right at the top of this chart right now are books we’ve covered in previous weeks so I’ve picked one this week from #19 that looks really exciting: 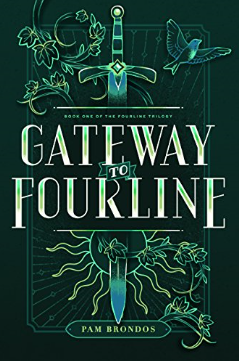 “Strapped for cash, college student Natalie Barns agrees to take a job at a costume shop. Sure, Estos—her classmate who works in the shop—is a little odd, but Nat needs the money for her tuition.

Then she stumbles through the mysterious door behind the shop—and her entire universe transforms.

Discovering there’s far more to Estos than she ever imagined, Nat gets swept up in an adventure to save his homeland, an incredible world filled with decaying magic, deadly creatures, and a noble resistance of exiled warriors battling dark forces. As she struggles with her role in an epic conflict and wrestles with her growing affection for a young rebel, Soris, Nat quickly learns that nothing may go as planned…and her biggest challenge may be surviving long enough to make it home.”

Someone told me just the other day that the stories involving falling through portals to other worlds had gone out of fashion and they missed them. It’s nice to see that element having a bit of a resurgence in this book.

This book looks like it might be an urban fantasy/fantasy crossover and I don’t know about you but I’m a huge fan of those. Haven’t we all dreamed of falling headfirst into a magical land completely unlike ours at some point in our lives?

All four formats are available on Amazon as per the usual and you can find the link for all of these a-right here.