Another of my own Top 5 lists today! But as soon as Shanna at Bionic Bookworm has finished her hiatus to enjoy her brother’s wedding, I’ll be back taking part in her topics in November. In the meantime, here’s hoping Shanna and her family have an amazing time and enjoy themselves.

This one has definitely done the rounds but it’s one of my favourite lists. Magical creatures: reading about them and wanting to be them, made up a huge part of my childhood. The whole reason I’m in the reading/writing business is because magical creatures lit up my world when I was younger. And I’m guessing they may have done the same for you, too.

In Norse mythology, Valkyries were women warriors who selected men in each battle to die and join them in Valhalla, which was considered a huge honour. By and large, they are strong warriors chosen by Odin himself.

I am determined to help carve Valkyries their own little piece of magical literature because they need a chance in the spotlight. I’ve heard that some readers are growing tired of the “strong female lead” trope in books, especially indie books right now. But what about battle-hardened warrior leads? Coldly indifferent to everything except always dying for a fight.

Let’s bring back the Valkyries!

In the 90s, I remember fairies always being portrayed as elusive and secretive. Nowadays, they are mischievous, colourful and sometimes warrior-like.

All in all, fairies are really diverse in the urban fantasy genre right now. We have the military-style fairies turned rogue in the likes of Hear Me Cry (read the review here), and the more fantastical, mythological fairies in books like Heart of the Fae (read the review here). There are so many ways to go with them and honestly, I feel like I need way more fairy books in my life.

If you have any recommendations, drop me a comment.

OK, so I’m a fan of werewolves, but I just think they’re a bit done right now. Maybe they should take a hiatus and make way for shapeshifters.

Like fairies, shapeshifters have so much scope. In my opinion, it’s one of the coolest powers out there. Imagine being able to turn into whatever animal you like whenever you like. Not going to lie, I’d spend so much of my time as a cat. Maybe a few hours as a parakeet. Either way, shapeshifters have a power we’re all jealous of, given they have a chance to really be a fly on the wall.

Earlier this year I released a collection of three short stories featuring Saeth, a shapeshifter and a private investigator and I loved writing him. He has a lot of fun with his powers! Check out Saeth’s adventures here. 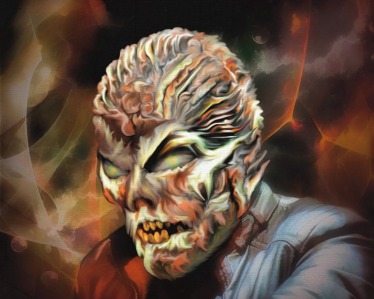 The perfect villains and anti-heroes. Usually associated with fire and brimstone, demons have loads of evil powers.

The bad guys get loads of good press these days, because authors go deep into characters. Bad guys aren’t all bad. Good guys aren’t all good. Show us a demon, make them complex and tear us apart trying to justify their bad actions with their good ones.

Their powers are what make them really interesting though. Possession and mind control are a demonic staple and they wouldn’t be the same without them!

Ghosts have to be up here on this list because not all of them were born supernatural, some of them just died that way. Imagine having lived a whole life as a normal person just to find out that once you die, you become a supernatural entity.

Poltergeists are the most fun for sure, wreaking havoc wherever they choose to settle. Rattle some chains, throw some candlesticks and creak some floorboards.

Like demons, ghosts make for great anti-heroes and complex characters due to the common theme that their ghostliness is because they left something unfinished in their lives. They are a breeding ground for inventive stories!

Thanks for reading! Check out all my other Top 5s here!