Title: Bride of the Sea 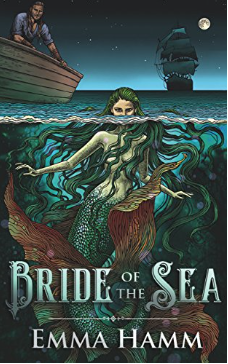 “Once upon a time…

Saoirse dreams of land. Her father has other plans, and intends to marry her off as soon as possible. When a ship sinks near her home, she carries the only surviving sailor to a faerie blessed isle and plans her escape. Who better to help her than a man with few scruples and little cares in the world?

Manus dreams of the sea. He spent every coin in his pockets to get back on a ship but never expected the vessel to sink. When a merrow saves him, he realizes the chance meeting is an opportunity. She could make him rich and become his good luck charm, so the legends say. Now, he just needs to get off the isle she’s trapped him on.

They intend to use each other, but find their souls drawn together bit by bit. Can either leave the isle and the sea without losing their hearts in the bargain?”

Bride of the Sea is the third book in the Otherworld series, books one and two Heart of the Fae (review here) and Veins of Magic (review here) were amazing! Book three did not disappoint.

Saoirse, a merrow (otherwise known as a mermaid and categorised as a faerie) dreams of life on land and when a ship crosses into faerie waters, she rescues a human and helps him survive on an island. Entangled in an undeniable connection, Saoirse and Manus flee faerie waters to get married. But it isn’t long before Saoirse discovers that the human world isn’t all that she had hoped and that the sea beckons her even stronger than it beckons Manus.

This story is beautiful. It addresses the fact that people can have good hearts and still be fundamentally flawed by trauma. Yet, it also embraces the idea that you can grow and adapt to become a healthier person for the ones you love.

Saoirse is two sides of the same coin. Both timid and forceful, destined for both land and sea. Despite such inner conflict, she eventually manages to find a balance in her life to incorporate the man she loves and the roots that bind her to the sea.

In the same vein, Manus is plagued with jealousy and fear of losing Saoirse and allows it to damage the relationship he has with his new wife. Although it takes almost losing her entirely to make him realise, Manus also comes to know that Saoirse deserves better than for him to give himself over to selfish urges.

Bride of the Sea is a retelling of The Little Mermaid and all the way through, I was worried that it would have a sad ending like the original fairytale. But although, throughout, the story is turbulent, I was super pleased with the ending.

In short, this book is amazing and you need to read it. It’s a good standalone, so you don’t have to have read the first two books in the series for it to make sense. Bride of the Sea has more than earned the recommended reads seal. 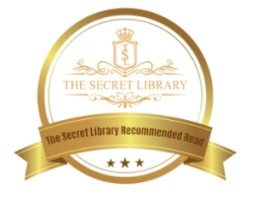 If you want to read Bride of the Sea for yourself, here is the Amazon link.

4 thoughts on “Bride of the Sea – Book Review”