Can anything make us so unexpectedly happy as finding out we love a book that we weren’t sure about?

This week, Shana at Bionic Bookworm has asked us the question: which books exceeded our expectations? The books that make the Top 5 are the books that we started fairly indifferent to and finished by scouring Amazon looking for the next book in the series.

I’ll admit, I went through a period when I was a little bit indifferent to everything, not just books (though it would never stop me reading them). So the books on this list might have just crossed my path coincidentally at that particular time and skewed my first impressions of them a bit. Either way, they left me feeling warm and fuzzy inside from that good-book feeling. 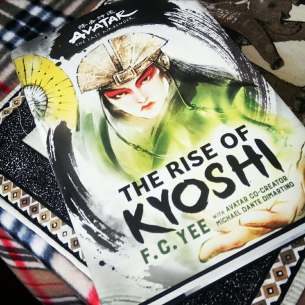 I didn’t expect this book to be as good as it was. A prequel to the TV show Avatar The Last Airbender, this book had huge shoes to fill. The Rise of Kyoshi was full of drama, surprises and character development that gave me all the feels.

The story-telling was out of this world and I don’t know, but I was expecting it to just not match up to the TV series. Now, I’m waiting impatiently for the sequel to come out in mid 2020 and it just can’t come soon enough!

Read the whole review of  The Rise of Kyoshi here. 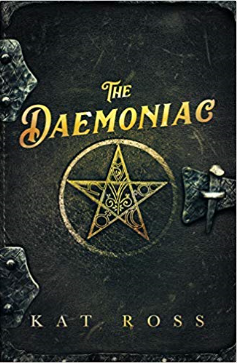 2. The Daemoniac by Kat Ross

This was the book that turned me into a hardcore Kat Ross fan. A Victorian-era dark urban fantasy that reminded me of The Haunting of Alaizabel Cray. A strong female protagonist with no power but a boat-load of smarts that leads the way to discovering who is behind a string of suspicious killings.

The magic was fairly minimal until the end and that was when I could say with certainty that this was a historical urban fantasy. That in itself was a nice surprise. But all in all, the quality of the writing, the scene-setting and the characters were absolutely mind-blowing. Especially for a book that I got for free.

I went into this book wondering if it would be a slog of dry, historical information to fill out the era but it was executed perfectly. Mwah.

Read the whole review of The Daemoniac here.

3. The Blue Devil by Quirah Casey

This is a book that arrived in my inbox one day and it looked good but the cover gave me some doubts. First impressions suggested that it might not read quite as professionally as books by authors that had more of a reputation. Needless to say, my expectations were exceeded.

What surprised me most was the depth with which the protagonist was explored. I expected the assassin, cold protagonist to be just that – distant from everyone, snarky and without a care to give. This was true to a point, but I as the reader wasn’t closed off from the development and the softer parts of her that show through.

The story was complex as were the characters and while I expected this to be a good read, I didn’t expect it to be as good as it was. It really was awesome!

Read the full review for The Blue Devil here.

I already expected this to be a good book. The cover really appealed and I already knew the author’s reputation a little bit but I have to admit, I expected this book to be a bit more generically urban fantasy/paranormal romance. I.e. the main character discovers their powers and are trained by someone who will end up being their love interest.

Boy, was I wrong. I’m not going to give away any spoilers but this book stayed true to what we love about the genre while throwing in some awesome twists. The author did a great job of putting her own spin on the genre. The surprises were what made this book go beyond what I expected.

5. A Rhyme of Dark Words

Another book that came into my inbox. I was asked to review A Rhyme of Dark Words quite early on in The Secret Library’s book reviews and to be honest, in the beginning, I wasn’t choosing the best books. I wanted to give everyone a chance and it ended up with me reading and reviewing books I knew wouldn’t be so great.

So, when I got A Rhyme of Dark Words, I was cautiously optimistic. That might have been one of the reasons this book exceeded my expectations but there were others. The magic system and monsters were super original and scary as heck, in a good way! Also, I connected a lot with the protagonist, Tilly, a lot, as a shyer new girl who was just discovering her powers.

This book came just when I needed it and blew me away while smashing all the expectations I had at first glance.

Read the full review of A Rhyme of Dark Words here.

3 thoughts on “Top 5 Books That Exceeded My Expectations”